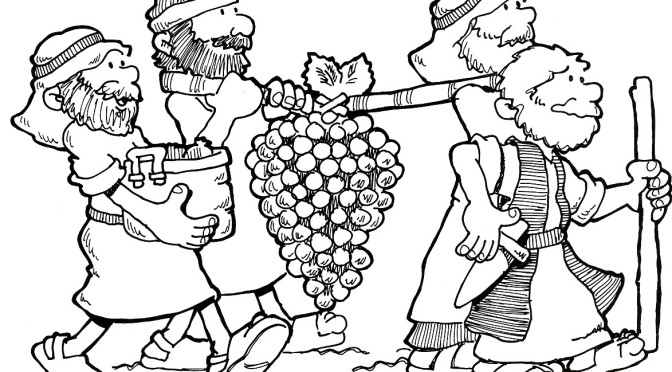 Our lives can quickly be derailed or destroyed by a poverty spirit. It is God’s intent that His children be blessed and prosperous in Him; it is clearly documented throughout the Bible. All the proof that we need of God’s desire for our best is the fact that He sent His own Son for our redemption and blessing.

Satan, however, has fooled believers into believing that our closeness to God is based on how poor we are or how willing we to be poor in many areas. Many times we take the approach that we must be “poor in spirit” to mean that we always have to look at ourselves from a lowly, weak, defeated, or worthless perspective. When we find ourselves conforming to that exposure and lie it will destroy our potential for transformation. Romans 12:2 tells us we must no longer be conformed, but be transformed by the renewing of our minds. Many are wondering why they are unable to transition to the next level in God without realizing that transition cannot happen without transformation.

We must stand up, take back what the enemy has stolen from us, and accept the blessings of God without condemnation. We must know who we are and realize that God’s blessing is not only available to us but it has been given to us in Him. Consider the account of Moses sending the spies into the Promised Land and how a poverty spirit stole the possession of an entire generation of God’s people.

Numbers 14:2 And all the children of Israel complained against Moses and Aaron, and the whole congregation said to them “If only we had died in the land of Egypt! Or if only we had died in the wilderness! . . . 6 But Joshua the son of Nun and Caleb the son of Jephunneh, who were among those who had spied out the land, tore their clothes; 7 and they spoke to all the congregation of the children of Israel, saying: “The land we passed through to spy out is an exceedingly good land. 8 If the Lord delights in us, then He will bring us into this land and give it to us, ‘a land which flows with milk and honey.’ 9 Only do not rebel against the Lord, nor fear the people of the land, for they are our bread; their protection has departed from them, and the Lord is with us. Do not fear them.”

The ten spies determined that they were unable to possess what God was freely giving to them. They considered their lack in light of God’s sufficiency. They allowed a poverty spirit to invade the ranks and destroy a people. I dare say had I not included the Scripture that names all of the spies many of you would have only remembered Joshua and Caleb. Why? They walked in faith and not in a poverty spirit. A poverty spirit will affect how you see God, how you see yourself, how you see your circumstances, and how you see others. It is true in the natural and in the spiritual.

I want to look at the ten spies who were controlled by a poverty spirit. I want you to realize how this spirit will cause you to redefine your identity and forfeit your inheritance. Some have been defined by a poverty spirit for so long that they no longer remember or know what their Father in Heaven says about them. The truth is that when a person questions their identity they will never receive their inheritance. The ten spies were so controlled by a poverty spirit that they declared themselves to look like grasshoppers in the sight of the enemies. They even projected their personal insufficiencies onto the inhabitants of the Promised Land. They saw themselves so weak and inferior that they even determined the enemy must see them the same way.

How exactly were these men redefined by the poverty spirit? God’s instruction to Moses was to send a man from each tribe, and that each man chosen was to be a “chief” among the people. A chief is one lifted up, a chief, prince, captain, or leader. Most often translated as prince. The men sent to spy the land were important among the people. They had position and prestige. They were royalty among them. They essentially carried God’s stamp of approval. These ten spies had natural authority but they failed to understand their kingdom identity. Authority flows from identity, but authority cannot establish identity.

Shammua means renowned, widely acclaimed, or highly honored; known or talked about by many people; famous. It is not speaking of a name that one has taken or established for self. It is a name that has been bestowed or given by God. A poverty spirit will cause one to forget they are renowned and highly honored according to God.

Shaphat means God has judged and declared worthy. What God says about you is all that really matters. When a person is secure in their identity in Christ he does not worry about being able to identify with what others say about him. A poverty spirit, however, will cause a person to judge themselves improperly or allow others to determine their true worth.

Igal means He redeems, and the root is avenger. It speaks of having been redeemed or avenged by or through someone. In Christ you have been bought with a price; you have been redeemed. A poverty spirit causes a person to continually feel worthless and unable to overcome a debt they do not even owe because of Christ.

Palti means my deliverance and it speaks of escape with the root being delivered. It means no longer being bound or captive to something. After God delivers us from whatever our Egypt was, we must get a new attitude in order to enter into the fullness of salvation. The word salvation means more than going to church every week. It is soteria in the Greek, and it means “welfare, safety, deliverance and health.” A poverty spirit keeps an individual or a group of people bound up in lies and feelings of enslavement to the very things from which Christ has freed them.

5. Gaddiel = God is my fortune

Gaddiel means God is my fortune and speaks of the fortune we have in God. This is true in two ways in a sense of mutual worth and value. You are priceless to God because all of your value is tied to and found in Him. You are bought with a price and you are not your own. A poverty spirit, however, will convince a person of the need to prove a worth they have already been given in God.

Gaddi means my fortune and is another reminder that God wants us to understand our value. We are above and not beneath, the head and not the tail, and we are seated with Him in Heavenly places. Everything will change when we truly realize we are children of THE KING. A poverty spirit will not allow a person to understand value in God in general let alone in their own life.

Ammiel means my kinsman is God, or I am of the One who has redeemed me. The perfect biblical picture of this is Ruth and her account of being redeemed by her kinsman Boaz. Boaz did everything right by her and what she gained was far more than anything she could have ever achieved on her own. A poverty spirit convinces a person of their need to gain what they already have.

Sethur means concealed, hidden, or protected. There is an ongoing biblical principle of being hidden in Him and protected in that place. A poverty spirit will cause a person to feel exposed and what they see will be that which is unworthy or has no value. In response to their sin, Adam and Eve hid themselves. Prior to that moment of poverty they were hidden in God.

Nahbi also means hidden, but this name means withdrawn or hidden by choice. The picture here is of a hiding away until the right time.

Isaiah 26:20 Come, my people, enter your chambers, and shut your doors behind you; hide yourselves for a little while until the fury has passed by. 21 For behold, the Lord is coming out from his place to punish the inhabitants of the earth for their iniquity, and the earth will disclose the blood shed on it, and will no more cover its slain.

There are times when God will hide a person away for protection or until the time is right. A poverty spirit, however, will cause the individual to feel eternally obscure or insignificant.

Geuel means majesty of God and means exalted or lifted up to a place of majesty in Him. He calls you His own. He has placed on you a royal identity and inheritance. God is obviously majestic and royal, but a poverty spirit will keep us from realizing that in Him we are majestic and royal as well.

There were two other spies sent that did not have the same poverty spirit at work in their hearts. As a result they were convinced that they could indeed possess the Promised Land. For them that was true. They truly had a different spirit about them.

Joshua means salvation, it means you have been made new and therefore God has enabled you to see things from His perspective. Joshua saw the same things the other ten saw as the spied Canaan. He, however, saw things from a different perspective. He did not allow doubts and circumstances to steal who he knew himself to be.

Caleb means dog with the root being contempt or abasement; of pagan sacrifice or male cult prostitution. Based on what he was said to be you would assume he would be controlled by a poverty spirit. But just like poverty spirit will cause a person to redefine their identity, so too will a Kingdom spirit cause a person to be defined by what God says and not by what self, people, or circumstances say.

Numbers 14:23 They certainly shall not see the land of which I swore to their fathers, nor shall any of those who rejected Me see it. 24 But My servant Caleb, because he has a different spirit in him and has followed Me fully, I will bring into the land where he went, and his descendants shall inherit it.

It is time that we quit being defined by a poverty spirit and instead allow ourselves to see and operate from a Kingdom mindset. We need not be held back by a poverty mentality any longer, and we need not settle for a middle class mindset either. We must know who we are in Christ and stand strong as sons and daughters of the King. A poverty spirit says we are worthless before God. A middle class mindset works to become worthy before God. A Kingdom mindset says we are valuable to God. Do not allow yourself to be trapped. Instead be transformed by the renewing of your mind; you transition awaits you.