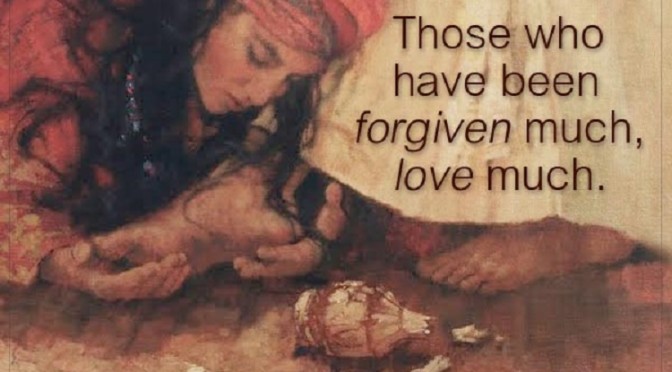 A haughty spirit is extremely dangerous in the life of an individual or in the life of a church. This spirit can keep the one it controls locked into an immobilized position while deceptively causing them to assume advancement and growth. This spirit will cause the one in bondage to only agree with their own way of doing things and to ridicule or question any differing method of anyone else. Proverb 16:18 says that a haughty spirit goes before a fall. The fall is often unforeseen until it happens at which point it is often too late.

One of the Pharisees asked him to eat with him, and he went into the Pharisee’s house and reclined at the table. And behold, a woman of the city, who was a sinner, when she learned that he was reclining at table in the Pharisee’s house, brought an alabaster flask of ointment, and standing behind him at his feet, weeping, she began to wet his feet with her tears and wiped them with the hair of her head and kissed his feet and anointed them with the ointment. Now when the Pharisee who had invited him saw this, he said to himself, “If this man were a prophet, he would have known who and what sort of woman this is who is touching him, for she is a sinner.” And Jesus answering said to him, “Simon, I have something to say to you.” And he answered, “Say it, Teacher.” “A certain moneylender had two debtors. One owed five hundred denarii, and the other fifty. When they could not pay, he cancelled the debt of both. Now which of them will love him more?” Simon answered, “The one, I suppose, for whom he cancelled the larger debt.” And he said to him, “You have judged rightly.” Then turning toward the woman he said to Simon, “Do you see this woman? I entered your house; you gave me no water for my feet, but she has wet my feet with her tears and wiped them with her hair. You gave me no kiss, but from the time I came in she has not ceased to kiss my feet. You did not anoint my head with oil, but she has anointed my feet with ointment. Therefore I tell you, her sins, which are many, are forgiven—for she loved much. But he who is forgiven little, loves little.” And he said to her, “Your sins are forgiven.” Then those who were at table with him began to say among themselves, “Who is this, who even forgives sins?” And he said to the woman, “Your faith has saved you; go in peace.” Luke 7:36-50

Simon was showing His love and devotion to Jesus in his own way, by inviting Him to his home for dinner. This was a wonderful display of worship. Simon’s problem, however, is that he could not handle the manner in which the woman was displaying her worship. In his own heart he question Jesus and he condemned the woman. He was declaring that Jesus was not the man he, Simon, thought He was for allowing this woman to act in such an unacceptable way toward Him. And in his own heart he was declaring that this woman was too sinful to be able to worship Jesus at all. In Simon’s mind her display of worship was no different than her normal display of sinfulness. Simon was haughty.

The woman who came into Simon’s house never considered how anyone else in that room might perceive her; she simply came to worship Jesus. Simon, on the other hand, was both embarrassed and angry that such a sinful woman would invade and interfere with his packaged appeal to Jesus. Simon was haughty. Instead of revealing his heart as he did, he should have been grateful that his home was a place where anyone would feel comfortable to worship Jesus out of their heart. Simon should have been appreciative of the fact that Jesus was welcome in his home and that others were welcome to display their affection for Him in any way they felt prompted to by Him. But Simon was haughty, and for that Simon was corrected by Jesus.

We all have our way of comfort in worship. When it comes to worship we all have personal preference based on both nature and nurture. We all must remember, however, that we are not the source of worship; we are simply an instrument of worship. If your role is serving a meal in your home then by all means make it a multi-course five-star meal. As you do so, however, do not condemn the passionate worshiper that may interrupt your appetizer with a seemingly to you inappropriate display of affection. Let us not be haughty. Instead let us walk in humility, with a spirit that is both teachable and correctable.

I wish we knew for sure what happened to Simon after he was corrected by Jesus. I pray he was set free from a haughty spirit. Nonetheless, we must make sure we do not pick up where he left off. We do not want to be haughty or self-righteous and miss an opportunity to learn how to worship from someone who does so a little differently than us. Regardless of what we think we still have much to learn. As one is forgiven of this their love and worship will grow.