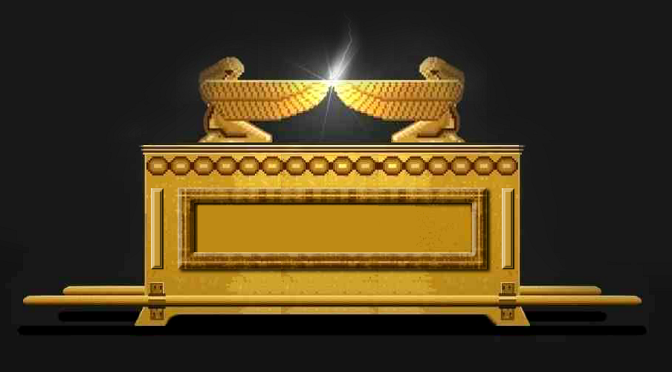 How often do we make assumptions in regards to the presence of the Lord? How many times have we taken it upon ourselves to attach God to something from which He is completely withdrawn? What is the outcome of those moments? It is vitally important that we understand God cannot be invoked, but rather wants to be invited. Very little changes take place when His presence is invoked, but everything changes when He is invited.

Just because we bring God into something does not guarantee that He is going to manifest Himself in that thing or that moment. The Israelites learned this the hard way during a battle against the Philistines.

As the two armies encamped for battle there was a keen awareness of the pending loss of life. Israel encamped at Ebenezer which means stone of the help, and the Philistines encamped at Aphek which means fortress or a strong place. By the very names of their camps it could be understood that the Philistines had the upper hand. They were going into the battle with a sense of superiority. The Israelites were entering the battle with a need for help. The problem for the Israelites, however, is that they assumed they had help from God rather than being assured of their help from Him.

Assumed = take for granted or without proof.
Assured = guaranteed, sure, certain, secure.

Faith is never assumed, but always assured. In His presence assumption has no place, but only assurance. The difference between the letter M and the letter R in these two words is huge. What the Israelites assumed they had cost them dearly when they should have been assured of who was on their side. We must caution ourselves to never assume anything in relation to His presence, but to always be assured of who we are in Him and where we stand with Him.

After losing 4,000 lives the elders determined they simply needed to invoke the presence of the Lord by bringing the Ark into the battle. Their assessment of the battle was that the Lord had caused them to lose. They did not consider it a loss to the Philistines, but a loss at the hands of their God. For them the only and obvious solution was to bring the Ark of the Covenant into the camp to ensure victory going forward. It was as if their attitude was, “now that we have failed initially we should play our God card.” Again we see the danger of assumption. How many times do we ourselves get into a situation and then determine it is finally time to bring God into the midst of what is going on so that He can bail us out?

The elders made this seemingly noble declaration, “…when it comes among us it may save us from the hand of our enemies.” They were taking the stand that God’s presence coming among them was going to change everything. Herein lies a valuable lesson, however.

The presence of God changes little when invoked, but changes everything when invited.

It is also interesting to note the root of what the elders were truly saying. Their declaration sounded holy and righteous, but at its core they were declaring that the Ark was going to come among them like heroic men and save their nation in war. In other words, the Ark represented nothing more than their plan of deliverance. They were not looking for God Himself to come among them, they simply wanted what God was capable of doing to manifest in their midst. This is such a dangerous yet all too common approach. Far too many invoke God for what He can do rather than invite Him for who He is. When life is based on what God can do for you then you will find much disappointment and dejection. When life, however, is based on who God is in and through you then you will walk in the abundant life promised by Jesus Himself.

Throughout the book of Judges we find the Israelites invoking the Lord and Him responding by raising up a deliverer for them (see Judges 3:9, 15). It was a common practice for them to need bailed out by the mercy and goodness of God. God had shown His willingness to use a man to meet that need among His people. In this battle against the Philistines, however, they were not trying to utilize a man; the people were hoping to use God Himself. Perhaps their thought was that since they were all gathered together they had a right to bring the Lord into their midst.

Now before we fully condemn the assumptions of the elders of Israel let us consider our own. How many times have we contextually abused the concept of two or three being gathered together and Christ being in the midst? How many times have we wrongfully assumed that He has no choice but to be where we are, especially if we call it a gathering in His name? We must understand that there is much more to God than simply attaching His name to that which we are doing.

When the Ark was brought into the midst of the camp the people shouted so loudly that the earth shook. This shout is one done with religious impulse. The Psalmist exhorts us to shout unto God with a voice of triumph (Psalm 47:2). Our shout is a powerful weapon and tool of praise, but an empty or religious shout does not mask what is missing. The shout of the people does not take the place of the manifest presence of God. And I have found many times that a soft whisper in God’s presence is more powerful than a loud shout without His presence. The people shouted religiously, but their hearts and their camp were both void of God’s presence.

When the Philistines heard the shout they questioned its meaning. They heard a shout of joy, and they could not understand how the Israelites could be joyful in light of what had just taken place. What they heard was a group of people celebrating an assumed victory when those people should have been known as those who celebrate an assured identity. The sound of the shout brought fear among the Philistines because they were fully aware of what God had done to the Egyptians and to all who had stood in opposition to Israel. Let this image sink in for a moment:

Israel shouted at the sight of the Ark; the Philistines trembled at the thought of His presence.

It is stunning to me to consider how often this is the case. The enemies of the people of God are at times more aware of what God is capable of doing than are the people of God. I never want to be more enamored by that which represents God than I am enveloped by God Himself.

At this point the Philistines determined that their only option was to conduct themselves like and fight like men. They understood that their only chance against God’s people was on the battlefield of the flesh. Our enemy is the same, always bringing the battle to the place of the flesh to cause us to fight like men. Paul teaches in Ephesians that we wrestle not against flesh and blood (Ephesians 6:10-18), but the truth is that when we operate without His presence that IS the place we wrestle and fight. There we find ourselves on the enemy’s preferred battlefield and typically find ourselves defeated.

The Philistines determined they were going to fight as they had before; fighting as though God was not present at all. The sad reality is that the enemy is far too accustomed to fighting the people of God void of the person and presence of God. The outcome after Israel invoked the Lord was worse than the outcome when they had clearly gone into battle on their own. They lost 4,000 men at the beginning of the battle as they fought like men. After bringing in the Ark and assuming God’s help they lost 30,000. In addition to the increased loss the Ark itself was captured. Assurance in Christ brings life and His nearness; assumption by us brings death and separation.

Perhaps the most alarming part of this entire story is the ongoing decision of the people. After the Ark was returned by the Philistines we find the people looking to Samuel for guidance and deliverance. They continued to ask him to be their deliverer rather than inviting God. And as Samuel was approaching his time of death the Israelites determined they wanted to have a king to rule over then as did other nations. Having mishandled God on the battlefield they refused to try to handle him again. It was only during the reign of godly kings when the hearts of the people would turn toward the Lord. Because they had assumed and tried to invoke the Lord they walked along a path of separation from Him. May we caution ourselves to walk in a way opposite of that destructive path.

I want my life to serve as an ongoing invitation to Him and who He is. I am not interested in witnessing or experiencing only what He can do; it is necessary for me to know who He is in His fullness. From this day forward let us all be a people who invite Him in faith-filled assurance.